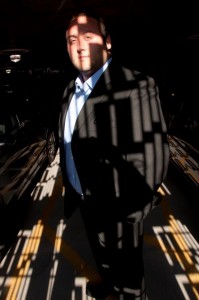 The purpose of today’s post is to help you learn how to think like an entrepreneur. Over the past two decades I’ve watched different career paths rise in popularity. Entrepreneurs are now followed and admired more than ever.

Have you ever asked yourself, “what differentiates me from the guy on the cover of Forbes?” I mean, aside from his ivy league college degree, seven figure trust fund and extensive elitist network of contacts what does he have that I don’t!? Ok, I’m kidding, but seriously, that’s what people default to when they can’t identify why they haven’t experienced the same level of success. There are more self made millionaires on earth than trust fund babies; trust me on this.

Identify your daily habits, routines and interactions. Find pain points and unapologetically exploit them. Begin to interview every person you pay for services. ie. pool man, landscaper, executive account rep or web designer. You can even start with your significant other. Find out what they love and hate about their career.

Understand the difference between critical thinking and problem solving. The former deals with strategic long term problems where the latter solves immediate issues. A good read on problem solving can be found on entrepreneur.com

Look at life as an ongoing experiment

Trial and error is the name of the game. So what if your idea didn’t work the first time you tried it. Don’t get discouraged! Try, try, try again. Learn from what worked and from what didn’t and try again. Try until it hurts and then experiment some more. The only failure that leaves a mark is a failure that isn’t learned from.

Put skin in the game

Our team has invested hundreds of thousands of dollars into R&D (research and development). Through this commitment we’ve amassed a vast skill set that makes us a value add to almost any team we partner with. The first investment should be in validating your idea, but it doesn’t stop there. Take pride in everything you do. Your brand, domain name, website, social presence, business, etc is an extension of you.

If you aren’t willing to invest in yourself no one else will.

Ditch the mindset of, “Oh, well that service already exists. They’re too big. That won’t work. We can’t compete.” That’s business blasphemy! Travel to Silicon Valley and you’ll visit the HP Garage. It’s Palo Alto’s landmark. The tech industry as we know it was started in a garage. Billion dollar corporations are birthed with very humble beginnings and disrupt industries with no notice. Entrepreneurs have a mindset that says, “I can and will do better. I will not settle. I am the American Dream.”  <– Live this mantra.

Don’t sell yourself short. Ever. You’ve accumulated years of experience and have honed in on your craft. The first step in respecting your value is understanding it. Compartmentalize the different ways you kick ass. ie. my skills are very focused around business; networking, startups, inbound marketing and domain investing. Because I know this I’m always able to add value when the opportunity arises.

Everyday is a work day

My friend and prior colleague, Edgar Montiel, an economist that graduated from ASU loves to remind me that opportunity isn’t patient. If you don’t wake up hungry and go to sleep exhausted you’re doing something wrong.

Time is an investment

“Always be moving forward. Never stop investing. Never stop improving. Never stop doing something new. The moment you stop improving your organization, it starts to die. Make it your goal to be better each and every day, in some small way. Remember the Japanese concept of Kaizen. Small daily improvements eventually result in huge advantages.”

Are you living your dream (read: passion)? If so, I’d love to hear about it and if not, what obstacles are preventing you from pursuing your dreams?

Tags: Businessfeaturedsuccess
Back to Top