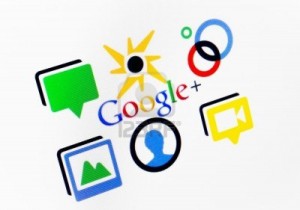 Today we’re featuring our Social Tuesday guest post by, Sana Ahmed. I’ve watched Sana blossom from a college graduate to a topic expert on Google plus, content strategist and social rock star. I’ve been taking notes and thought it was time for her to share how entrepreneurs can utilize G+ as a business tool.

Top 5 Tips to Make Google Plus A Social Business Tool

Google plus is the most underutilized business tool that entrepreneurs, professionals, good conversationalists, casual and formal end users can use to their advantage.  To help users truly utilize the Google+ experience, I put my trainer and strategist hats on to help people think about the platform in ways they may be overlooking!

Google plus is a social networking site integrated with other Google products to allow for people to connect and socialize using the best of Google products. It begins with a Google account, most likely your gmail account.  Hundreds of millions of gmail and android users have access to Google plus, making it an active and engaging online network.

While being compared to other social networking sites, Google+ is called a ghost town which is a major mistake by content celebrities on popular blogs.

Google plus has all the bells and whistles to be used as both a business and leisure tool.  It’s user interface is so clean and minimal, that it makes it a joy to use.  The Google+ Integrations section below further discusses that.

Google plus is indeed a social networking site like Facebook and Twitter but it is entirely its own beast.  Twitter is meant for microblogging whereas Facebook is the online after party that engages users in a casual and informal way.  One can argue that Linkedin is the true business social network uncomparable to any other product.  I would agree in the sense that Linkedin is a professional networking site that allows entrepreneurs and professionals to interact in a more formal way.  But Google+ is that perfect hybrid network that allows for casual and professional maneuvering given a particular online interaction.

It begins with sharing a comment on the top right of your screen.  Writing and leaving comments on other walls is a first step to engaging on Google plus.  The neat thing here is that unlike the “Like” button on Facebook, there is a +1 button that you can click on any media content here.  This in turn shapes your Google+ experience, allowing Google’s algorithms to know what you like or don’t like.  (Because a few infamous writers did not understand this at the wake of Google plus birth in summer 2011, they wrote it off as a ghost town).

Google plus is integrated with many other useful Google products!  Let me repeat that!  Google+ comes with the benefits of other Google products available with it.

+J.C. Kendall - speaks technology truthfully with TekPersona.ca, a top engager on Google+ but with great value content as well. He has years of experience in the tech world and hits the nail on the head with his tech insights.
+Jesse Wojdylo - understands all the bells and whistles of Google+ so well, he is will sharing to share the experience with others.
+Mark Traphagan - who shares great knowledge about Google+, fantastic-how tos on Social Media marketing via Google+
+Ronnie Bincer - who is lovingly called “Mr. Hangout” and has great video tutorials on how to take hangouts to the next level for your brand.
+Nima Jacob Nojoumi – Last but not least, Nima is someone I’ve followed through the ages of my social media career.  My first gig with him paved the way for me at places like Mashable.  Nima’s site Nima.Co has a plethora of domain investing, SEO, marketing and branding tools for entrepreneurs.  Nima writes highly accurate articles for absolutely $0 to share with his readers!

Google+ strategies to walk away with

The best way to to stop overlooking the features Google+ has to offer you is to start learning and practicing the platform.  With too many incentives for business and personal use, it’s too hard to walk away!

Sana Ahmed
Sana currently works with Fortune 100 brands and was previously Assistant COO of Mashable. She combines her years of experience in literacy and social media to provide effective technology training in business, learning and personal productivity.
Recommended Posts